Representing the finest contributions to the history of photography 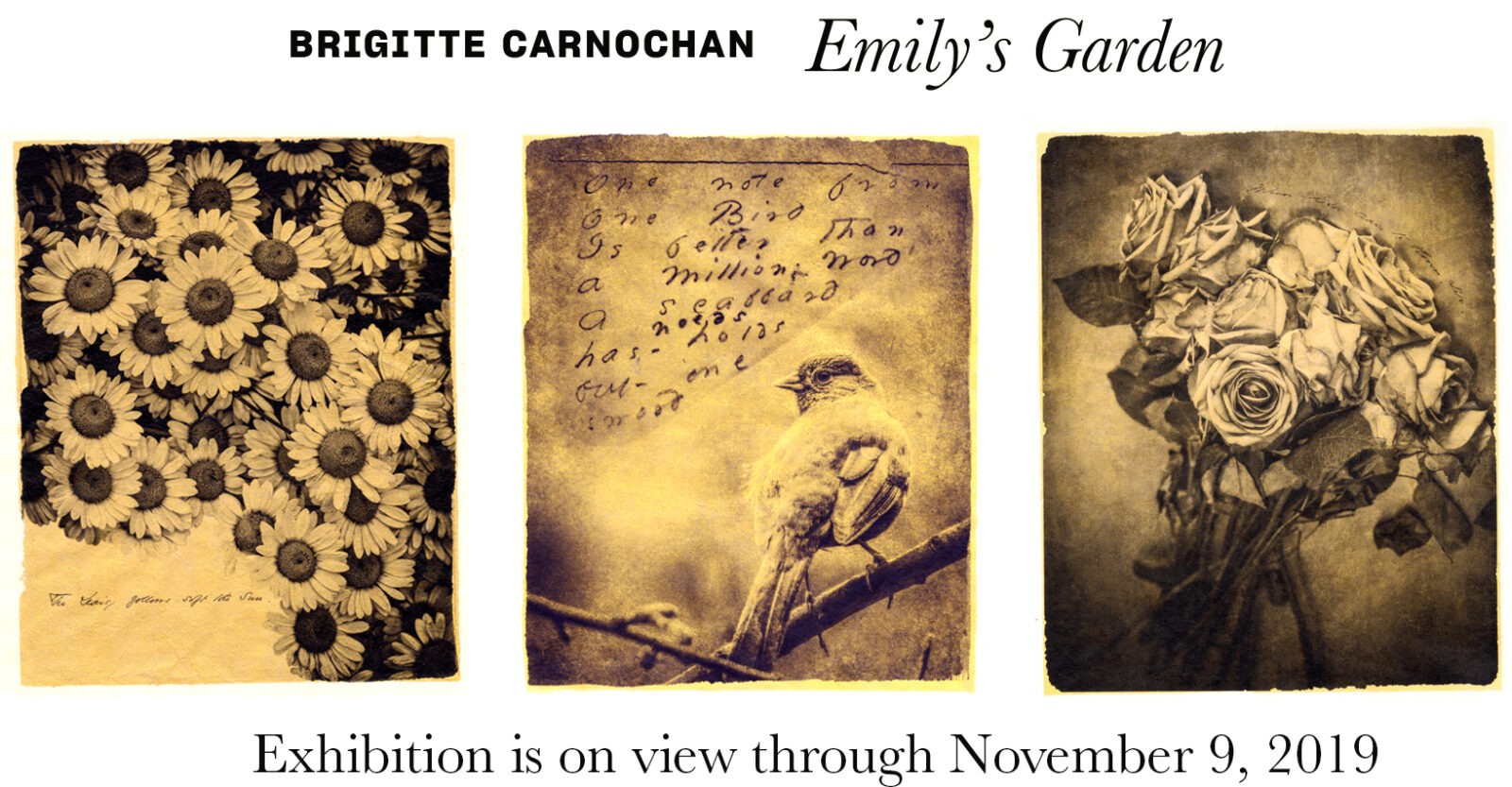 Obscura Gallery is thrilled to present our Fall solo exhibition by gallery artist Brigitte Carnochan and her new photographs inspired by the poems of Emily Dickinson. Brigitte Carnochan and Emily Dickinson share a passion for flowers that inspire both their mediums. Brigitte’s career has centered around the sensuality and beauty of botanicals and nudes, and in this new work, she circles back to her original subject matter of nearly four decades ago when she began by painting on her gelatin silver floral images with oil paints. Having been drawn increasingly over the years to the narrative possibilities in photographs, Carnochan incorporates in this series lines of poems in Dickinson’s own handwriting, inconspicuously or half hidden. The resulting images are printed with the 19th century platinum palladium photo process onto handmade Japanese gampi paper that she delicately backs with gold leaf, giving the images the look and feel of 19th century daguerreotypes, with which Dickinson would have been familiar.

The exhibition is on view through November 9, 2019. 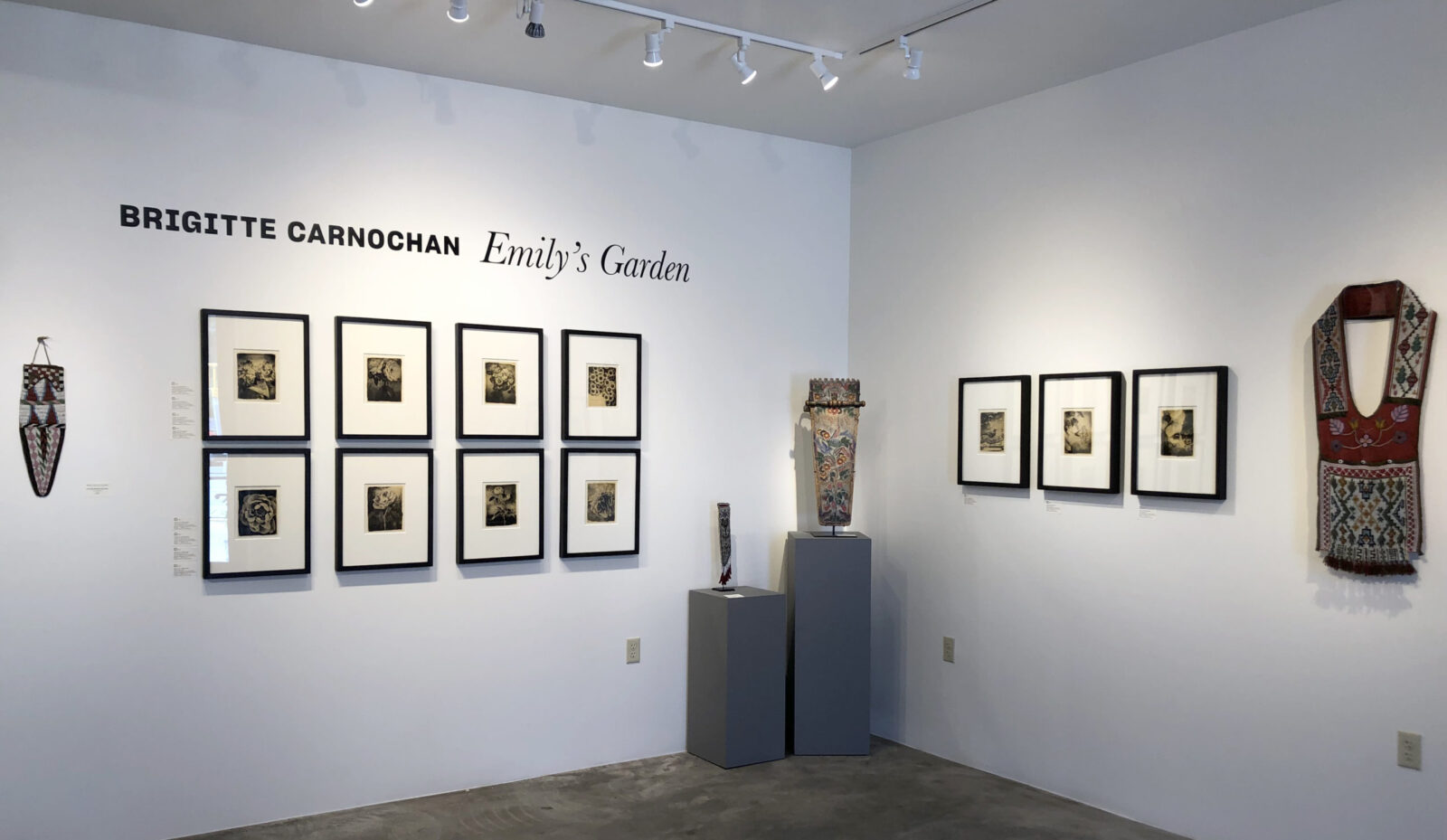