Obscura Gallery is honored to debut an exclusive gallery exhibition of vintage, one-of-a-kind Polaroid prints made during Paul’s tenure with the Polaroid Corporation in the 1960’s. In 1959, Ansel Adams introduced the Polaroid Corporation to Paul’s work and that following year Paul became a consultant to the company, testing out their Type 55 negative/positive film, and their Type 53 positive film on his 4 x 5 view camera using a Polaroid back. The 44 images in the exhibition were created in New  England  as well as Ireland and a majority of the prints in the exhibition were created on Polaroid Type 53, which does not produce a negative and creates a one-of-a-kind positive print. The project came to a close in 1969 with a selection of images created in Ireland, when that same year Paul began his Guggenheim fellowship photographing in that country. Other than exhibiting the work at the Polaroid Corporation and a couple of universities or non-profits this is the first extensive gallery exhibition of this unique work and Obscura Gallery feels privileged to be able to work directly with Paul in selling this collection, and all his photographs.

Hear Paul Caponigro in discussion with Jennifer Schlesinger, the Owner of Obscura Gallery, about his tenure with the Polaroid Corporation in the 1960's. Event took place Saturday, November 20, 2021 at 10am MST.

We have produced an exhibition catalogue which may be purchased here.

CLICK HERE TO VIEW ALL THE WORK IN THE EXHIBITION. 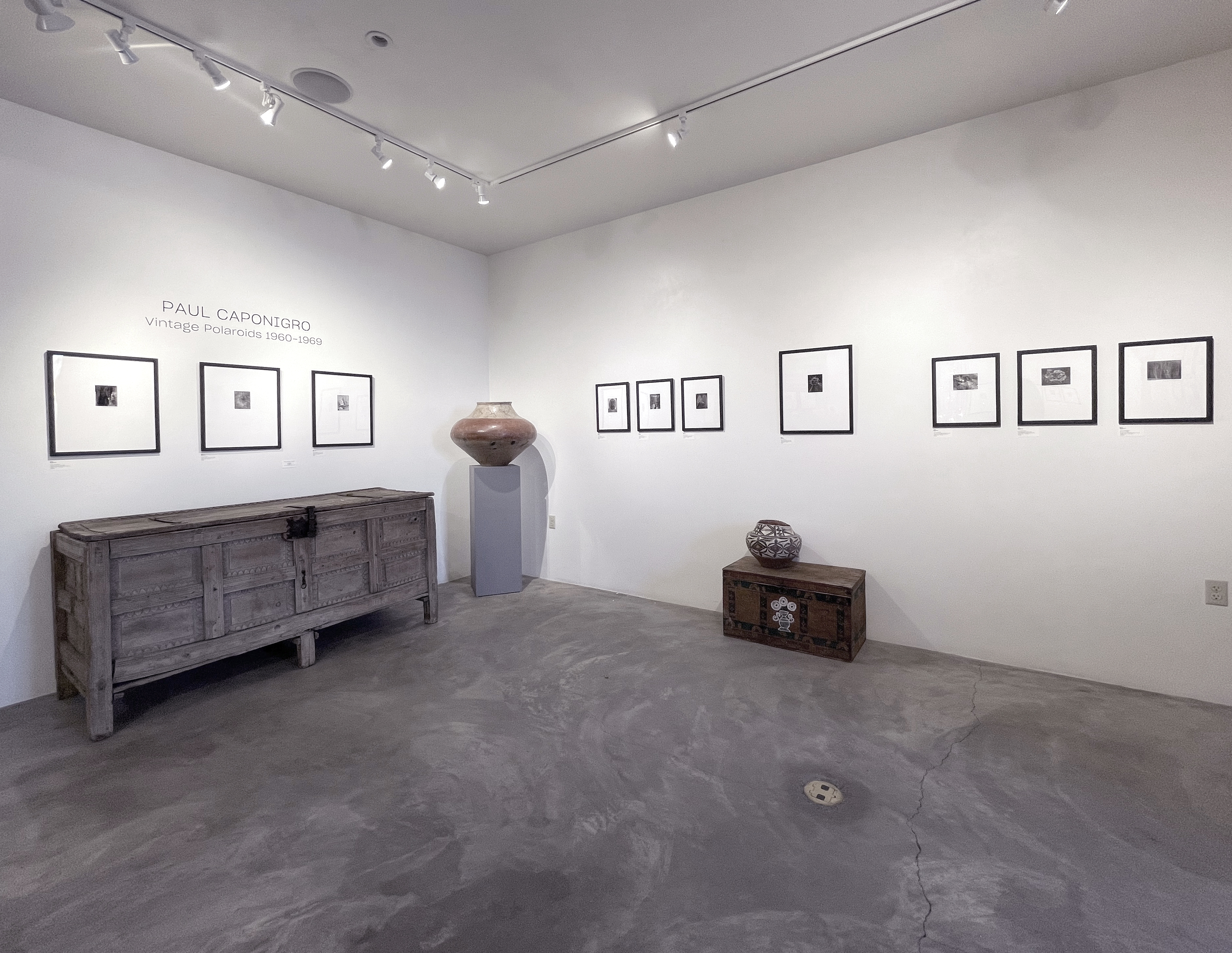 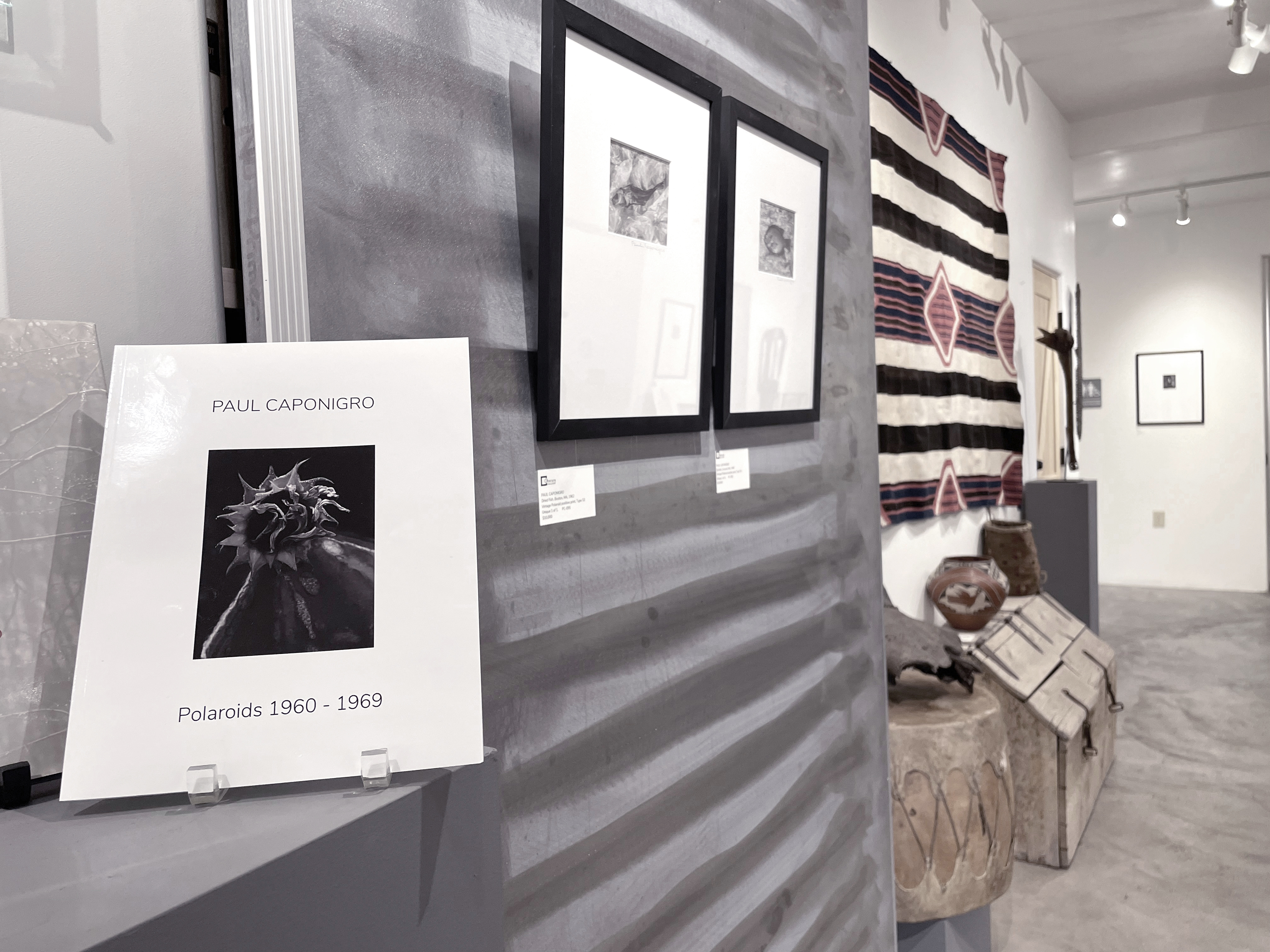 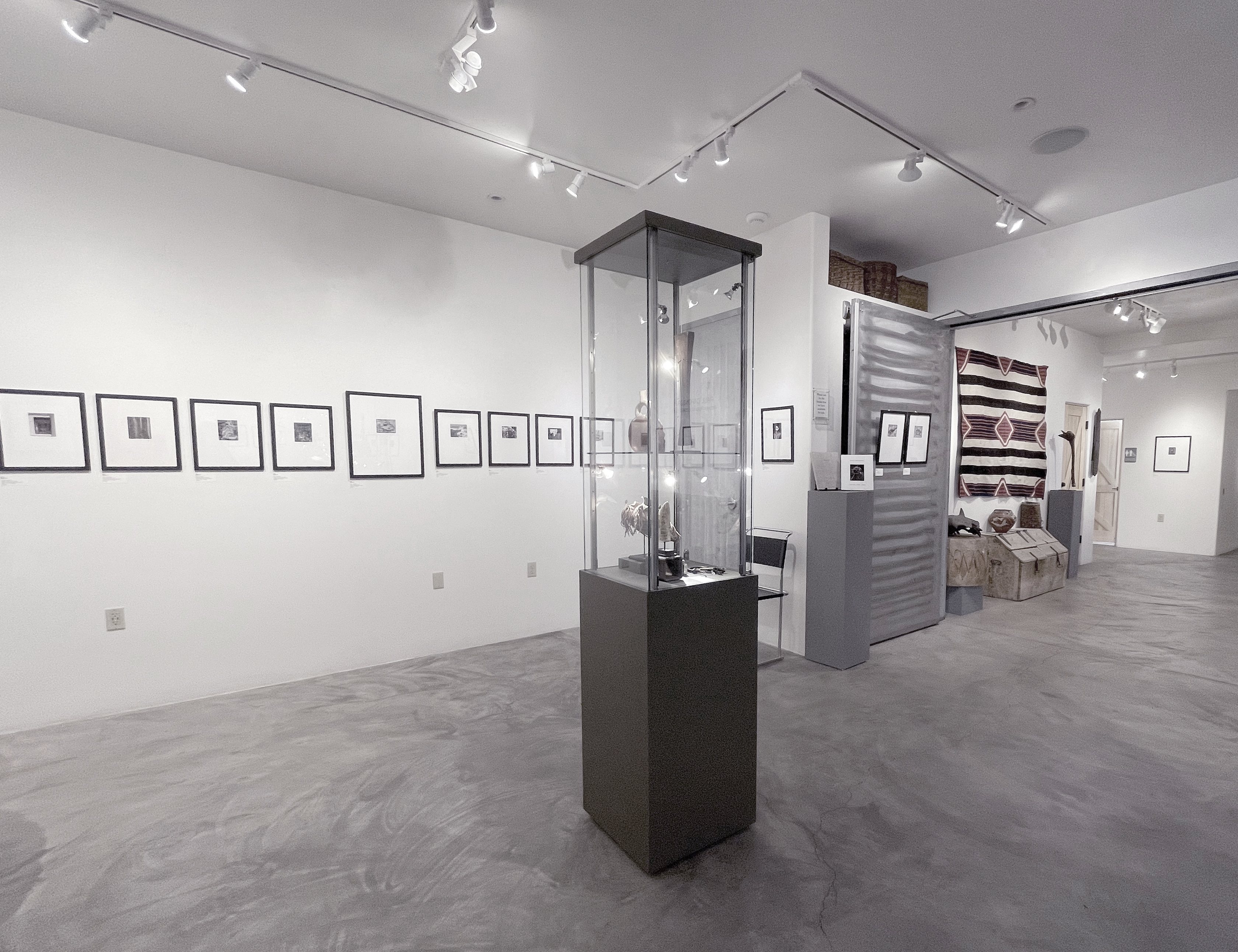 Obscura Gallery presents a photographic exhibition by Lebanese-born American artist Rania Matar entitled SHE which focuses on young women in the US and the Middle East who are leaving the cocoon of home and entering adulthood,  highlighting how female subjectivity develops in parallel forms across cultural lines. Artist and mother Rania Matar’s cross-cultural experiences inform her art. She has dedicated her art work to exploring issues of personal and collective identity through photographs of female adolescence and womanhood—both in the United States where she lives, and in the Middle East where she is from.

VIEW THE 'SHE' SERIES HERE.

Future Intercept transverses through time, rejecting western exotic, white gaze, stereotypes of Native people in America as a way to re-imagine the future of Indigenous and Native communities. Through the exploration of Futurism, we are presented with a narrative that looks back on a distraught past to reconstruct and foretell an impending future. By bending and folding the past and future as it collides, Apache artist Douglas Miles' photo exhibition speaks on lineage and legacy within a community whose roots are deeply embedded across the Americas.

By appropriating online early images of Native Americans and juxtaposing them with his own contemporary photographs of his community, Douglas brings us from the past to the present day in a two dimensional image but creating a three dimensional reality. The contrast of his sharp contemporary imagery made with his hand-held smart phone, alongside often pixelated images found online of early Native American portraits, the viewer is transported through time both viscerally and literally. 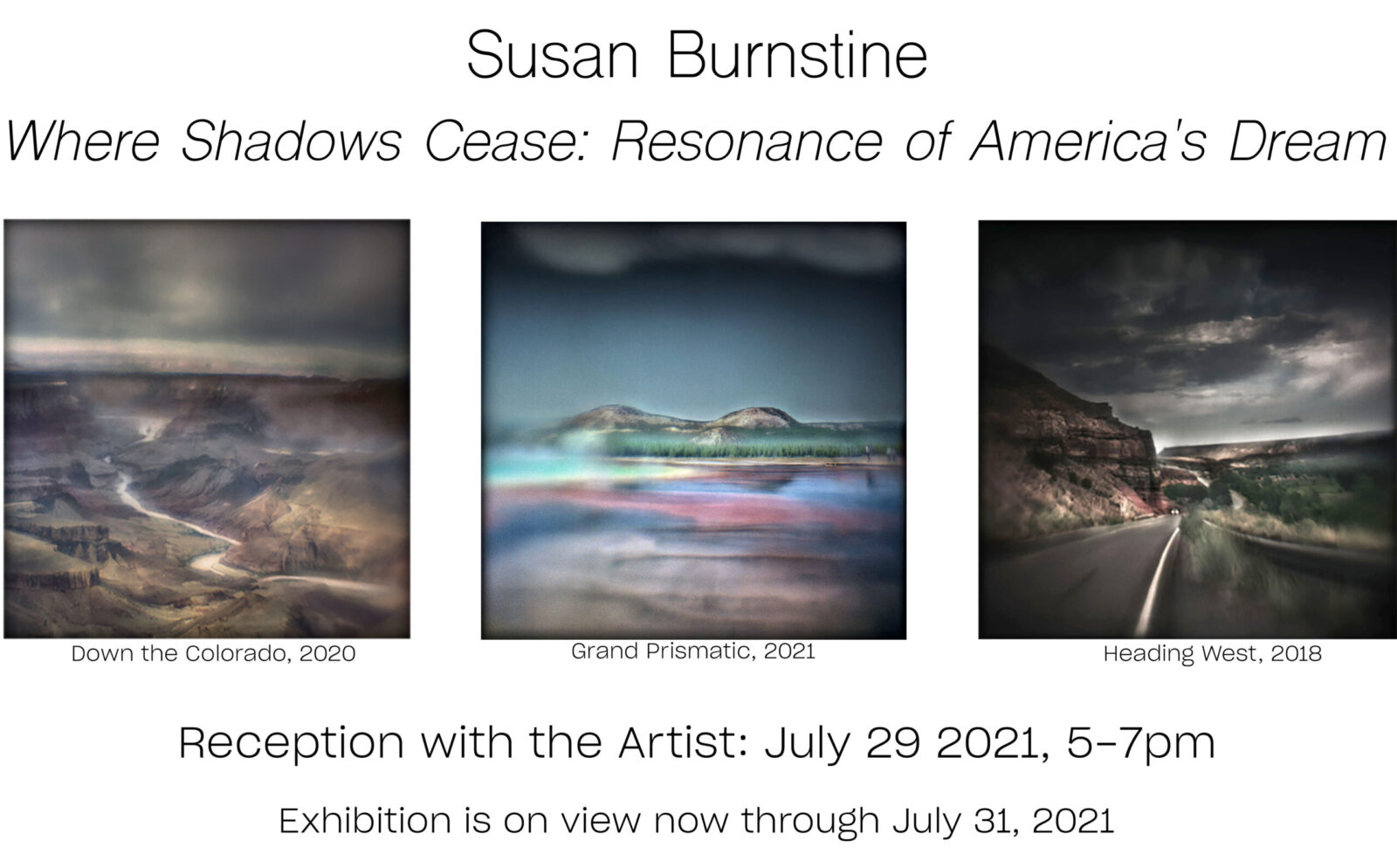 Obscura Gallery is thrilled to present our 2021 Summer exhibition, Where Shadows Cease: Resonance of America's Dream, with gallery artist Susan Burnstine. The prints in the exhibition include recent additions to Burnstine’s ongoing color series captured on self-made cameras, which explore the connections between the personal and collective unconscious during an unparalleled period in America. By infusing common dream themes and symbols found within the familiar, Susan Burnstine has observed commonly shared memories and universal representations found at places connected to the ethos of the “American Dream,” which reflect the collective hopes, fears and aspirations found in the social topography of America. Through revisiting iconic locations and landscapes across the United States she has explored corridors of this land through visual metaphor and symbolism as a means to uncover the hidden uniformities that reside within the nations’ collective unconscious in the present era.

The exhibition coincides with Susan’s workshop at the Santa Fe Photographic Workshops and the artist reception will take place at Obscura Gallery on Thursday, July 29, from 5-7pm.

VIEW THE IMAGES FROM THE SERIES HERE.